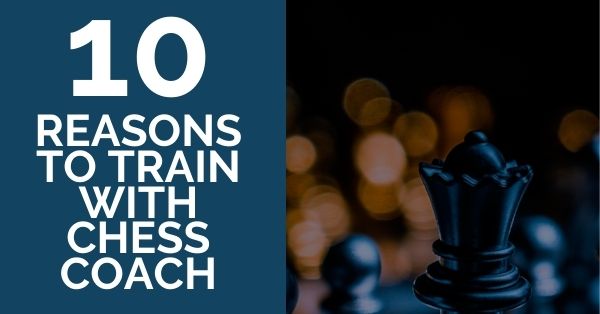 The popularity of chess is growing rapidly.

For some, it’s just a hobby, for others – a competition or a way to become a better version of themselves. And, of course, there are sportsmen in chess who desire to win trophies and titles. I’m sure all these 3 categories are passionate about chess and are looking for a way to get better.

In this article, I would like to explain how to get better at chess and why training with a coach is important even if you play for fun.

When I was young, I was studying chess with a 2100 FIDE-rated coach and I thought there was no training program. My peers and I were doing some chess activities: solving puzzles, analyzing games, and playing rapid and standard games at the lessons and tournaments, but we all progressed.

When I talked to my coach about his training secret, he just told me that he analyzed our weaknesses in chess and provided us with exercises for improvement.

For example, some students struggled with visualization and he did a special exercise with us – he pronounced a 5-8 moves line, asked us to compare the material left on the board, and discuss future plans for both sides. It did help. Almost every coach bases his training approach on a special program even if a student doesn’t know it. This is the best way to improve all required aspects of chess.

So, when you choose a coach, ask him if he prepares a training program for you. For example, Chesslance.com’s coaches use a training program they developed themselves based on dozens of years of experience, but adapt it according to the student’s needs and level.

2. Chess coach can teach how to find typical plans

You can read tons of books or watch videos where typical middlegame plans are explained, but how to come up with a plan in your own game if the position is different from what is explained in books?

A middlegame plan is a result of the opening you play that depends on your pawn structure, pieces’ location, space advantage, etc. However, the position you get after the opening is almost unique and only a coach can explain what to take into account in such positions and which plans work and which do not!

3. Chess coach can explain where you made strategic mistakes

Imagine, you played the game and lost it.

After that, you would like to know where you made a mistake. So, you analyze the game with the engine (popular online playing platforms offer this option) and it shows where you could play better and where you blundered, but it doesn’t explain which strategic mistakes led to it.

That’s why I kindly recommend analyzing games with a coach. You can decrease the number of blunders and miscalculations by solving tons of puzzles, but puzzles won’t help you understand when you misunderstood the position and took a wrong strategic decision. 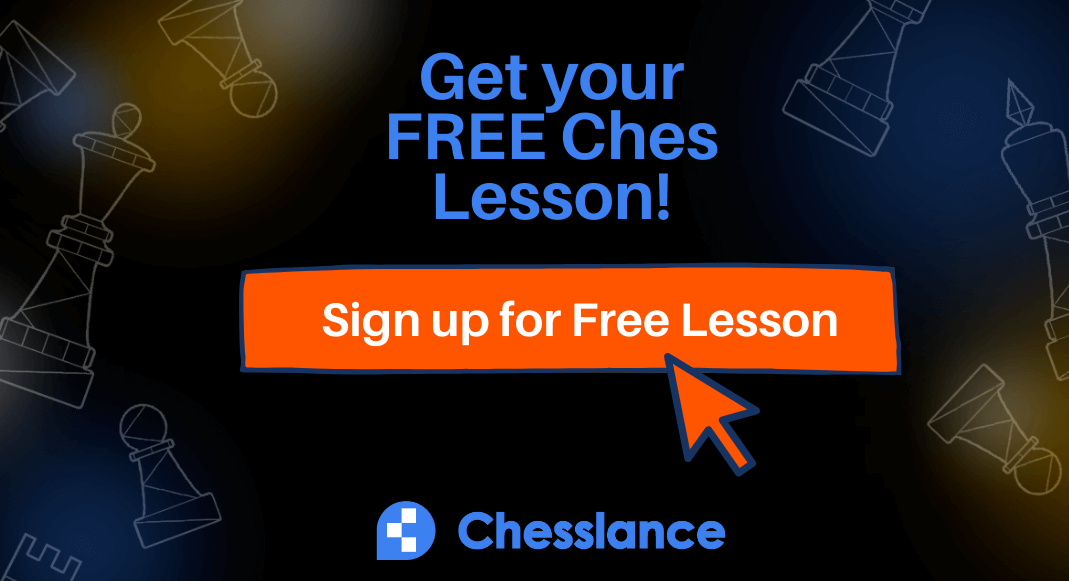 4. Chess coach can instill a correct understanding of the position (a so-called “correct style”)

I have a lot of students, some of them had coaches before, and others learned chess themselves.

Self-learners are better motivated, but at the same time have serious gaps in understanding chess. For example, they do not fight for the center or centralize their pieces and sometimes misplace priorities in a game. They win the games mainly because of their opponent’s mistakes, but can hardly outplay anyone who plays solidly.

A student must understand the strategic meaning of each move from the very beginning. There is no clear scheme of piece placement. But, a coach can and should teach them to understand and adhere to the basic principles.

5. Chess coach can prepare an opening repertoire that suits you best

There are tons of different videos on Youtube with Gambits, Counter-Attacks, and other weird openings.

Recently, I had a class with a new student who sacrificed a minor piece on the 4th move to be able to attack the center with the pawns and gain some initiative for 3-4 moves more.

When I asked him how he came up with this move, he said that he saw this opening on Youtube. Then I explained to him that sacrifice was unsound and his opponent could defeat him in a few moves. Tricks & traps you may find on the Internet may work, but only once and only against amateurs.

The opening repertoire should correspond with your playing style. If you are a positional player, you’d better prefer closed openings. If instead you like to attack and are good in calculation and tactical vision, you’d better play sharp openings, for example, Sicilian.

How to define what is your playing style? The coach analyzes your weaknesses and strengths and makes a conclusion about which positions are better for you. Moreover, a strong and qualified chess coach usually is aware of novelties and modern analysis in the opening he suggests learning.

6. Working with a chess coach keeps your motivation

Sometimes we all feel lazy and don’t want to do anything that loads our brains. Then instead of studying chess, you may prefer watching a TV show or listening to a podcast. But if you’ve already scheduled the class with a coach and paid for it, you should attend the lesson. If you want to get better at anything, the regularity of your training sessions is a key to success. Training 2-4 times a week with a lesson duration of 1-1.5 hours is the most optimal approach for progress in chess. At Chesslance.com you may not only choose the coach you would like to work with. You can also pick your own schedule whether you train twice a week or 4 times a week.

7. Working with him or her means taking better and smarter actions

I noticed that self-chess learners spend a lot of time watching GMs’ games and reading books, but sometimes they do not understand what they should work on to become better at chess. For example, they watch Classics, but can hardly calculate and visualize after 3-4 moves or play the opening like GMs played 40-50 years ago.

I was playing against a 2200 FIDE player who learned how to play Philidor from a book written in 1932. But the theory changed since then and he got into trouble after the first 12 moves. When you learn chess yourself you learn a lot, but is it what you need?

With a coach, you learn only what a coach thinks is required for you at your level and what makes you a better chess player rapidly. The effectiveness of such lessons is multiple times higher than self-studying. At Chesslance.com a personal coach will analyze your current chess ability. They will also select the program based on your goals, skill level, and age. Together with the coach, you will set up your goals, expectations, and schedule to be on a way to that 2000 Elo milestone, Fide Master norm, or a State Championship Title.

8. A chess coach can prepare you for the tournament

This is a very important aspect of coaching.

Those tournament participants who have coaches, usually demonstrate better results. Why does it happen? Well, first of all, a coach knows when you are in your best condition and ready to show your best performance.

Secondly, a coach helps you to prepare for each game. For example, I usually analyze the most recent games of my student’s opponents, define their weaknesses, and then prepare an opening repertoire against a concrete opponent. Usually, such a preparation offers a huge opening advantage.

9. You can adopt their mindset

You won’t learn it from the books, but you may learn from the lessons during live communication with a coach.

He explains his way of thinking, then your task is just to repeat after him. This will also make you a better player!

10. Chess coach can help you believe in yourself

Sometimes losing several games in a row can cause a fear of losing, a coach may help you to get rid of this psychological pressure and believe in yourself. It’s an important mental support that often is even more important than your chess skills.

Working with a good coach definitely has more advantages compared to self-studying.

Ready to start training with the private coach?

We recently just launched a brand-new website called ChessLance.com, for chess players like you who want to train with seasoned pros and take their game to the next level – quick!

You can choose the coach you would like to work with, pick your own schedule, get a training program that suits your needs, and improve your chess performance rapidly!

You can even request a 20 minutes chess lesson with any chess coach you like… for FREE!

5 Reasons Why Attacking Players Should Play...