10 Reasons to Work on Your Endgame in 2021 at TheChessWorld.com 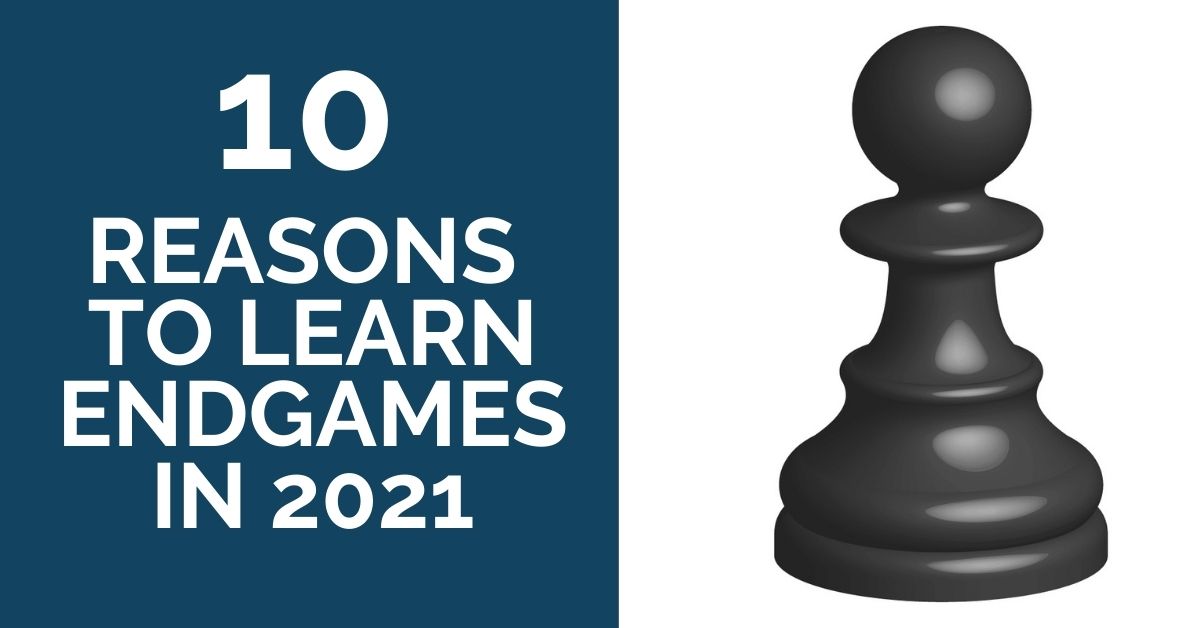 Many chess players spend most of their training time studying openings. It is logical since you get to play the opening stage in every single game and it makes a huge impact on the following stages. At the same time, one should not forget to study middlegames and endgames as well since poor play in those stages can nullify everything achieved in the game before.

It feels like with modern engines and numerous online games people started paying much less attention to endgames than before.

Many people think of it as something boring and old-fashioned. For those who want to get better at chess, this approach is unacceptable.

In this article, we will examine 10 reasons why you should learn endgames.

If your endgame technique is bad, you can lose a lot of points in endgames.

That is especially unfortunate when you do not win won positions. It actually happens a lot when a player puts a lot of effort to get an advantage but then can’t convert it into a full point. Improve your endgame play to avoid such a scenario.

Usually, both players get to an endgame when there is not much time left on the clock. It becomes hard to navigate if you don’t have enough knowledge to rely on.

The more experienced endgames player prevails in such situations. Study endgames better than your opponents!

Everyone wants to get their rating up but to do that they need to find a solution to one problem. How to deal with underrated kids?

They usually improve much faster than their rating grows and modern tournaments are full of dangerous youngsters who want to take your rating points.

The endgames can help here too. Typically, young players are good at tactics, attacking chess, initiative.

Take them into the endgame, the stage they didn’t have time to learn yet, and secure your rating points.

4. Learn Endgames to Get Better at Positional Chess

The endgames are helpful in the other areas of chess as well.

The little amount of the remaining material on the board will make the ideas clear and more understandable. You will be able to use the same ideas in the other stages of the game as well.

5.Learn Endgames to Get Better at Strategy

The same applies to chess strategy.

Planning in chess is often explained in the examples from endgames. The principle of two weaknesses is one of the most popular ones.

6.Learn Endgames to Understand the Harmony of the Pieces

In the endgames, you will see the way the pieces work together clearly.

This will be helpful in any kind of position. Such great endgames players as Capablanca and Smyslov were great at placing their pieces in openings and middlegames as well.

In some positions, the best you can do is to trade queens and go into an endgame.

If you are not confident in your endgame skills, you will not use such an opportunity. Long-term such a weakness will result in worse results.

8.Learn Endgames to Improve Your Calculation

This might surprise you, but endgames are good for calculation practice too.

The final positions can be precisely evaluated, so you only need to find the right ways to achieve needed positions.

The fact that there are fewer pieces on the board is good too: no distracting resources in the exercises.

9. Learning Endgames is Advised by the Top Players

But only this saying of Jose Raul Capablanca should be enough already to convince you: “In order to improve your game, you must study the endgame before everything else, for whereas the endings can be studied and mastered by themselves, the middle game and the opening must be studied in relation to the endgame.”

10.  Studying Endgames will Make You a Better Chess Player

Hopefully, this comes as obvious from the previous reasons but still. If you want to improve your results at chess working on your endgame is a must.

Take Your Endgame Play to the Next Level

10 Reasons to Play the Queen’s Gambit Declined at TheChessWorld.com