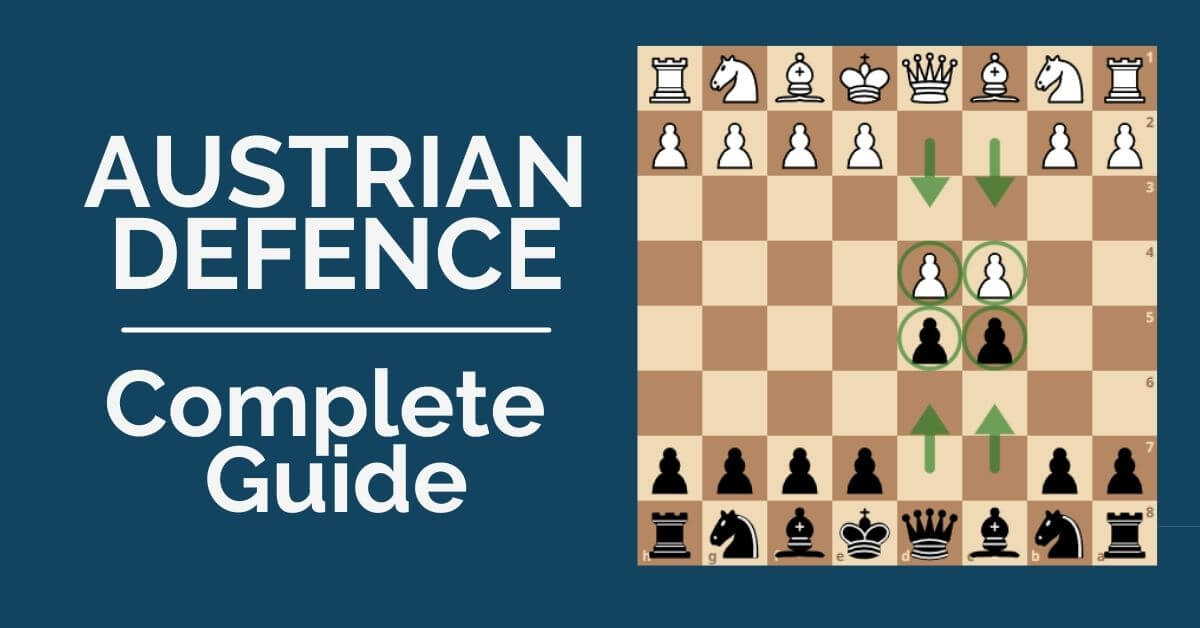 Austrian Defense, also known as the Symmetrical Defense, is quite a rare opening.

Most people have never seen its starting position, although it has been known since 1604!

Nowadays it has been played a ton by Shakhriyar Mamedyarov and once even by Magnus Carlsen. He used the Austrian Defense as Black to beat his second, Daniil Dubov. 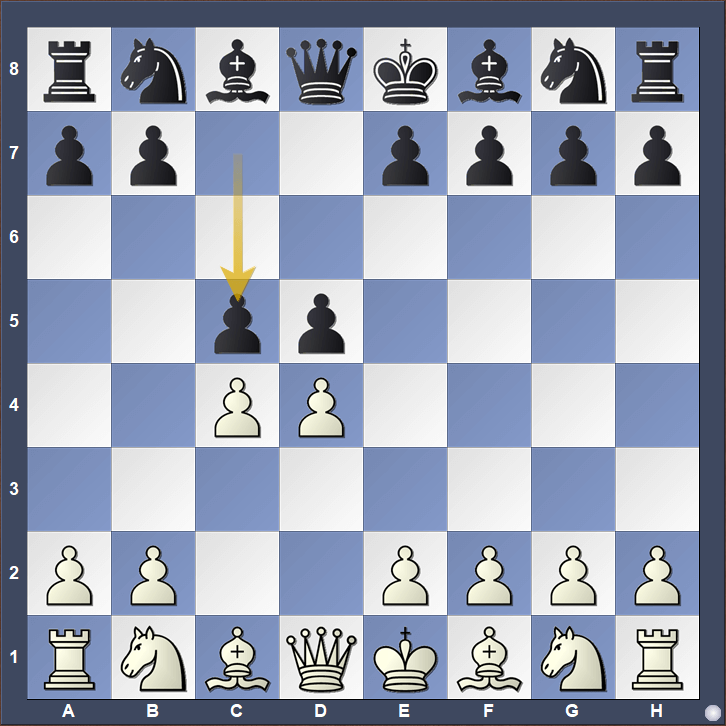 If someone sees this position for the first time, they might easily get confused. It is hard to assess which pawn is better to take. White can also keep the tension, but which move to choose then?

In any case, Black emerges with a solid and playable position. Shakhriyar Mamedyarov, a top grandmaster from Azerbaijan, tried this opening in blitz, rapid, and classical chess. Overall he played more than 50 games with the Austrian Defense. Let’s try to find out what it is that he likes so much about this line!

First of all, for White, it is tempting to play 3.dxc5: after this move, Black’s d5-pawn is hanging and 3…dxc4 would lead to a bad endgame for them. But after 3…d4! things are not that clear. 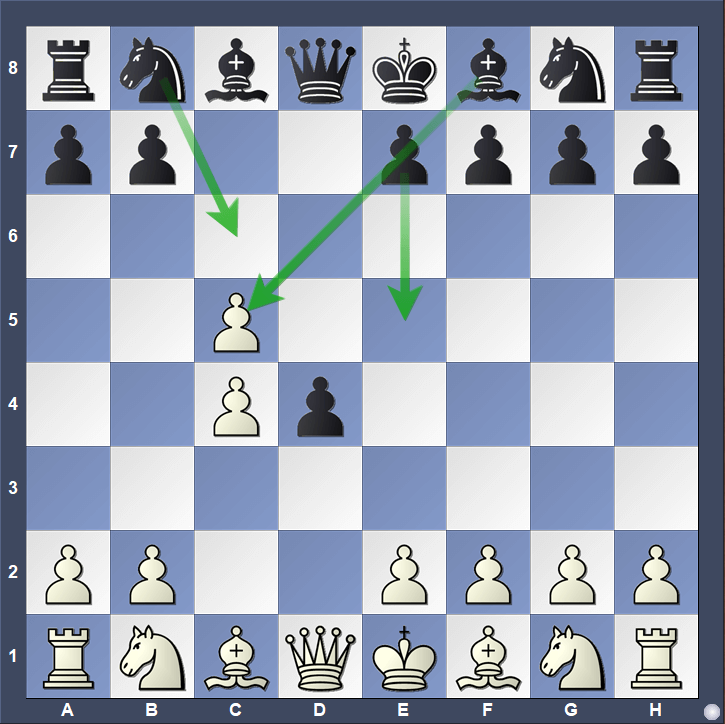 Black is planning to play …Nc6, …e5, and …Bxc5 to get a great position. If White tries to save the c5-pawn by means of b2-b4, Black can undermine it with …a7-a5 at some point. White shouldn’t get too greedy in this line; otherwise Black will develop a dangerous initiative.

The alternative for Black is 3…e6. After 4.cxd5 Bxc5, the following position arises: 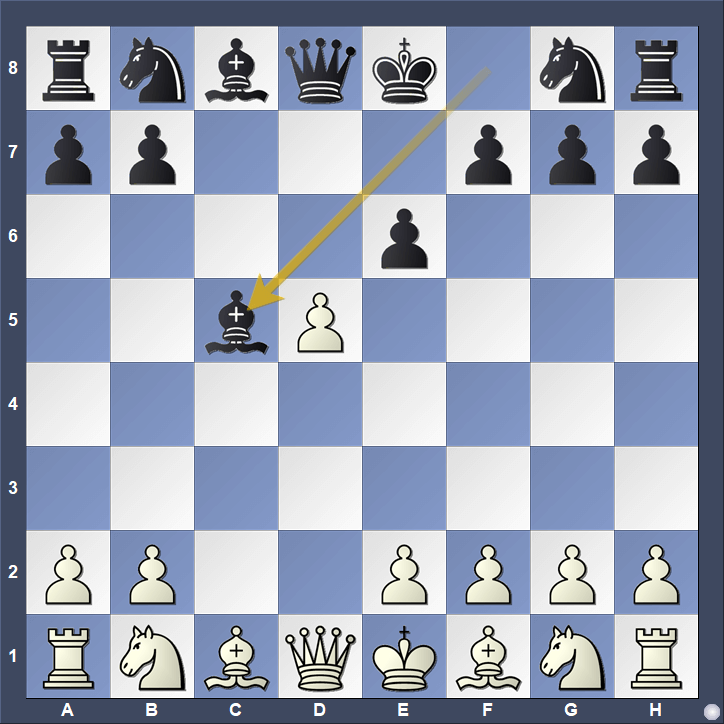 This move is setting a trap. Now after 5.dxe6??, Black wins the queen with 5…Bxf2+ 6.Kxf2 Qxd1. If White doesn’t fall into this, the arising positions are usually similar to the Tarrasch Defense. For example, after 5.Nc3 Nf6 6.Nf3 exd5: 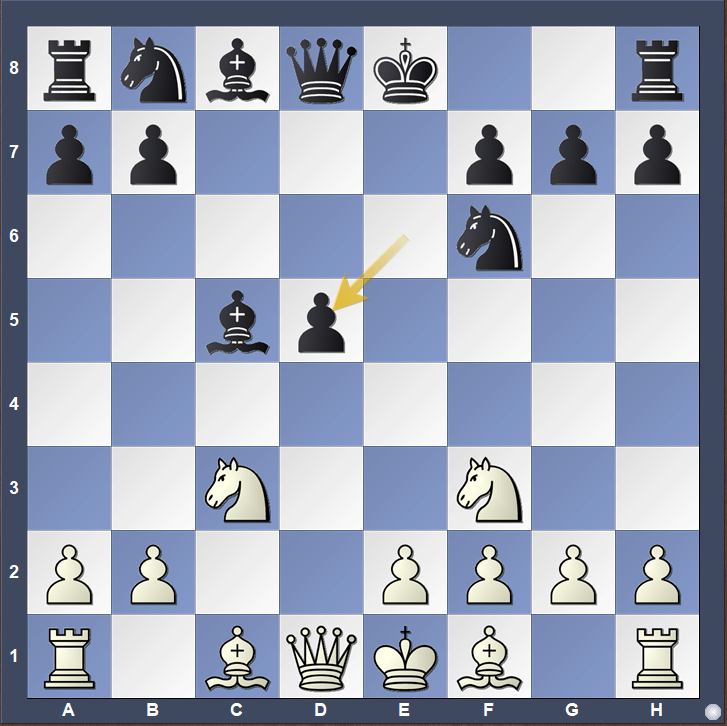 Black has an isolated pawn, but the piece activity is a great compensation for that. The position is equal, but in one of Mamedyarov’s blitz games, White immediately went wrong with the logical 7.Bg5. Here after 7…d4!, Black would have overtaken the initiative already. The game continued 7…0-0 8.g3? (8.e3 was necessary), when after 8…Qb6 9.e3 Ne4! Black already got a winning advantage.

Let’s get back to the initial position of the opening. If your opponent knows some theory, they will most likely play 3.cxd5. After 3…Qxd5 4.Nf3 cxd4, the following position arises: 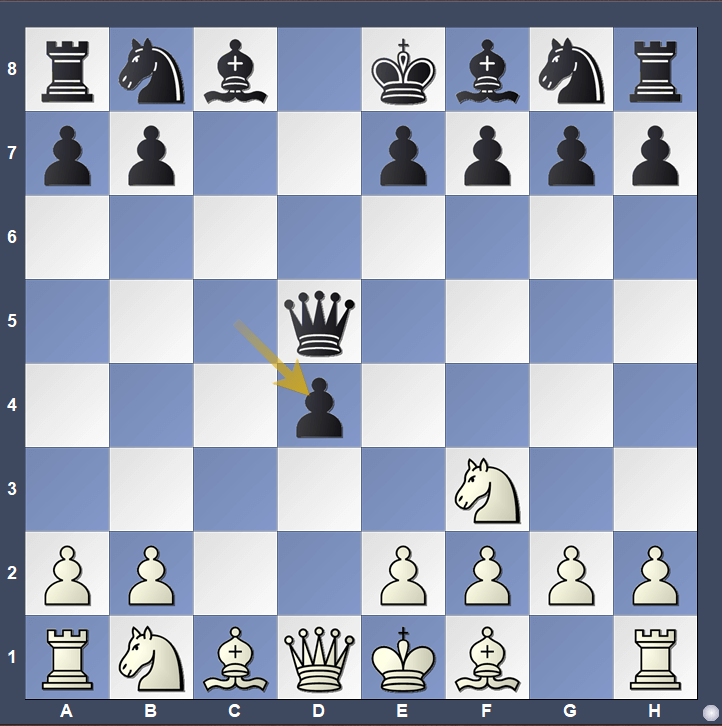 Here White’s strongest reply is 5.Nc3. Magnus Carlsen tried 5.Qxd4 against Mamedyarov once. Although the arising endgame is a little bit more preferable for White, Shakhriyar held the draw against the Norwegian endgame virtuoso there. 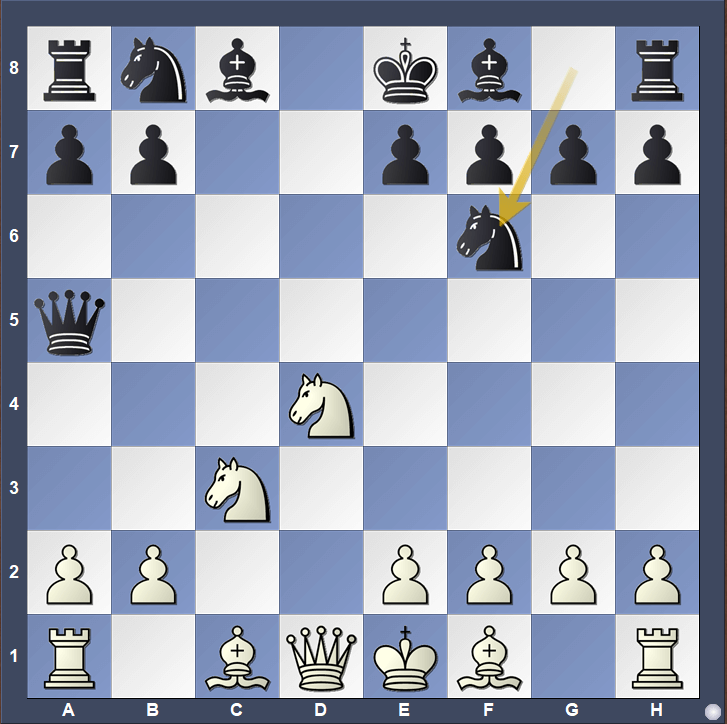 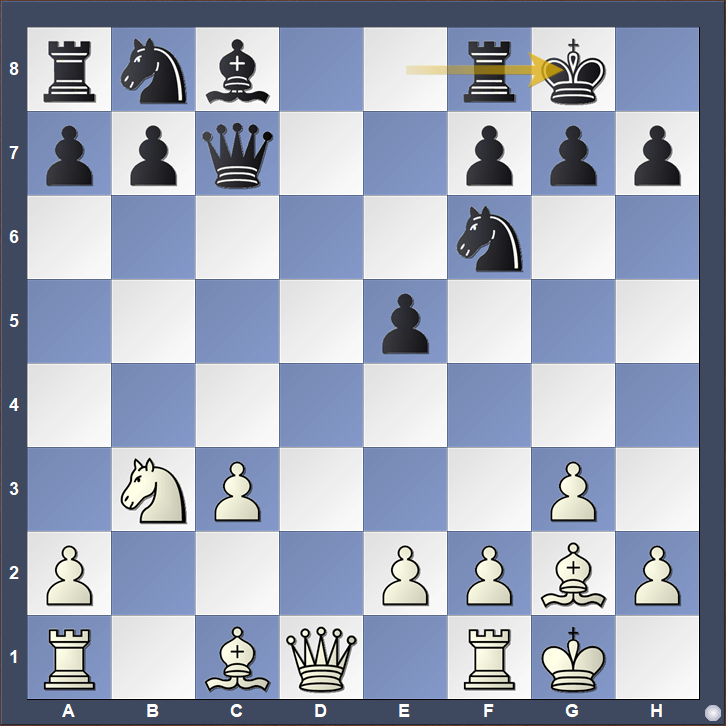 White has a pair of bishops and objectively a more preferable position. Nevertheless, Black’s play is easier, and they score better in practice! Perhaps the reason is that White should have some experience of playing the Catalan positions to be able to find good moves here. Otherwise, the pawn on the c-file can turn into a weakness, and Black knights will enjoy great outposts.

This position was seen in the game Niemann – Checa (Bassano del Grappa, 2021). Black equalized the game comfortably and launched a sudden attack on move 26: 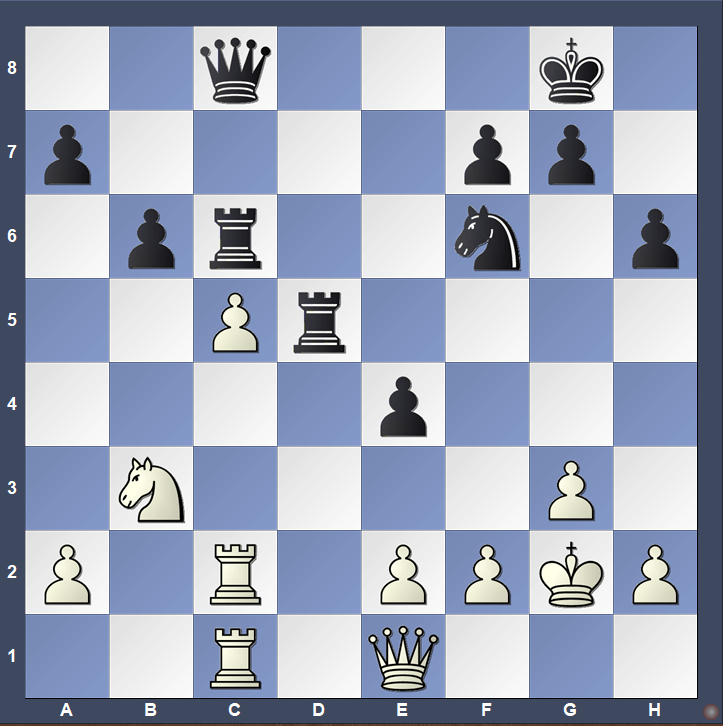 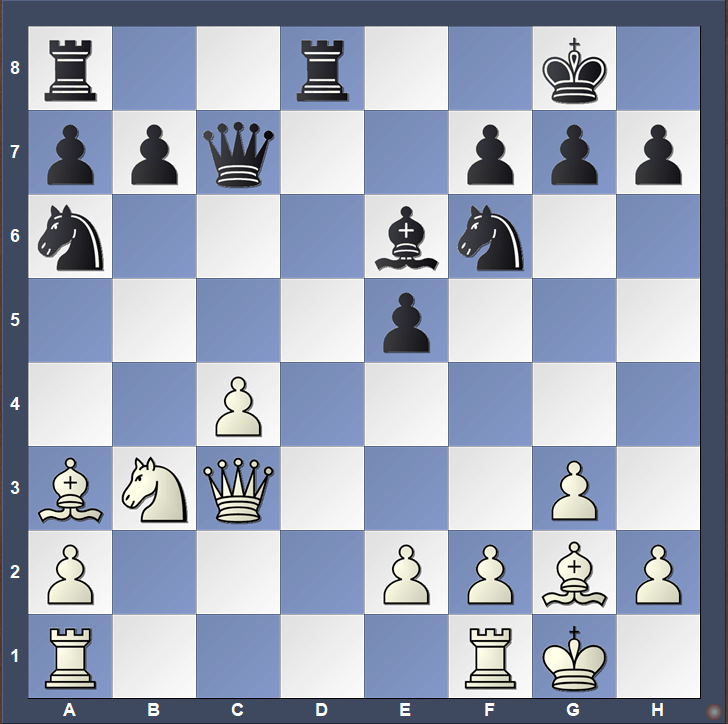 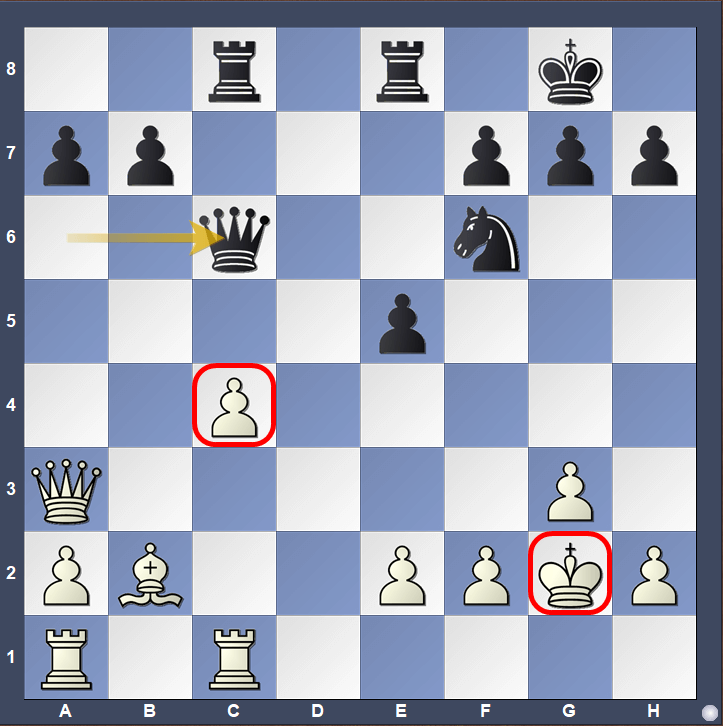 Black’s position was already better, and they went on to win the game.

If White prefers to save the pawn structure and meet …Bb4 with Bd2, the arising positions are also more or less equal: 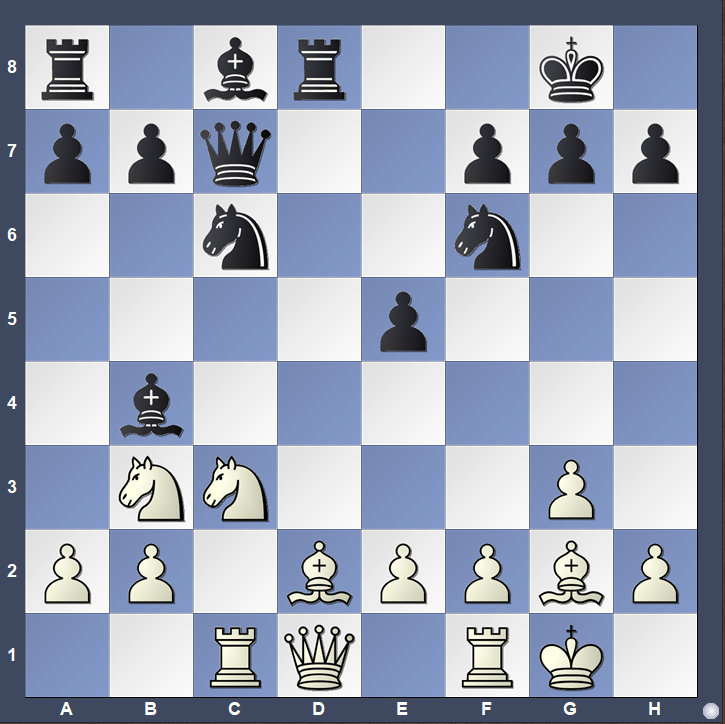 Mamedyarov has had this position 11 times and scored 7.5 points as Black.

This opening can also be played against another White’s move order. After 1.d4 d5 2.Nf3, Black still can play 2…c5. 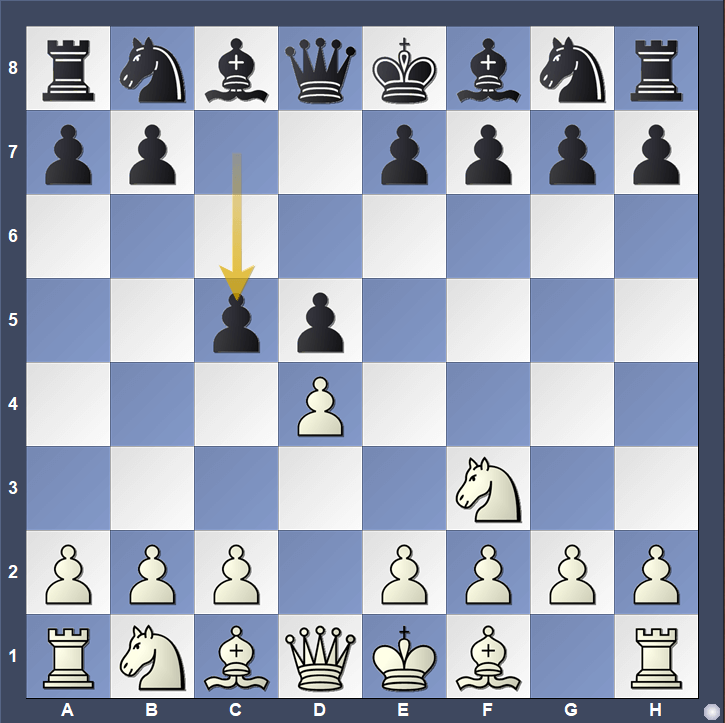 Now 3.c4 would transpose into the main lines. But would you play such a move if you saw this position for the first time? In such a situation, many people may play 3.c3, which can transpose into the London System. 3.e3 would most likely transpose into the Colle-Zukertort, and 3.dxc5 usually leads to the positions as in the Tarrasch Defense.

To sum up, let’s see why and in what situations you can use the Austrian Defense.

1.It is easy to learn

This is a good choice if you need an opening against 1.d4 and don’t want to study many lines. Black needs to know a little to get out of the opening with a playable position here.

There are no fundamental middlegame plans you have to know before entering this line either. You avoid the well-researched Queen’s Gambit lines or the Catalan Opening. Moreover, your king will be safe, so it is not very risky to play. But be careful and don’t fall behind in development too much.

2.It can come as an early surprise

With the Austrian Defense, you can surprise your opponent as early as on move 2. This is a relatively rare opening, so many of your opponents will not be aware of it.

They may get into time trouble or start making mistakes right at the beginning of the game. There are also some traps they may fall into along the way. Such an approach is especially good for blitz and rapid games, but this opening can be played in classical chess as well.

You will not need to know many sophisticated plans and ideas. The arising positions are fairly easy to play because of the pawn structure symmetry.

If you don’t think that strategy is your strong point, you should consider playing such openings as the Austrian Defense. Also, your position will not be cramped. You will have enough space to develop your pieces comfortably.

4.It is good against attacking players

It can be a smart opening choice against aggressive or dynamic players: as a rule, they need some imbalances to use their strengths.

With the Austrian Defense, you can limit their possibilities. Your king will be safe, and it will be hard for them to find what to do in such symmetrical positions. You can look at the diagrams above and assess if aggressive players would enjoy playing them as White.

5. Strong players go for it

Many strong players occasionally use this opening. Alexei Bezgodov, a grandmaster from Russia, has even written a book on it. It was also used by grandmasters Mikhail Ulybin, Jean-Marc Degraeve, Nihal Sarin, and many others.

The most notable practitioner of this line is an elite GM Shakhriyar Mamedyarov. If you like his approach to the openings, you should take a closer look at the Austrian Defense.

How to Calculate Like a Grandmaster with GM Marian Petrov [TCW Academy] at TheChessWorld.com

10 Reasons Why You Should Play London System...