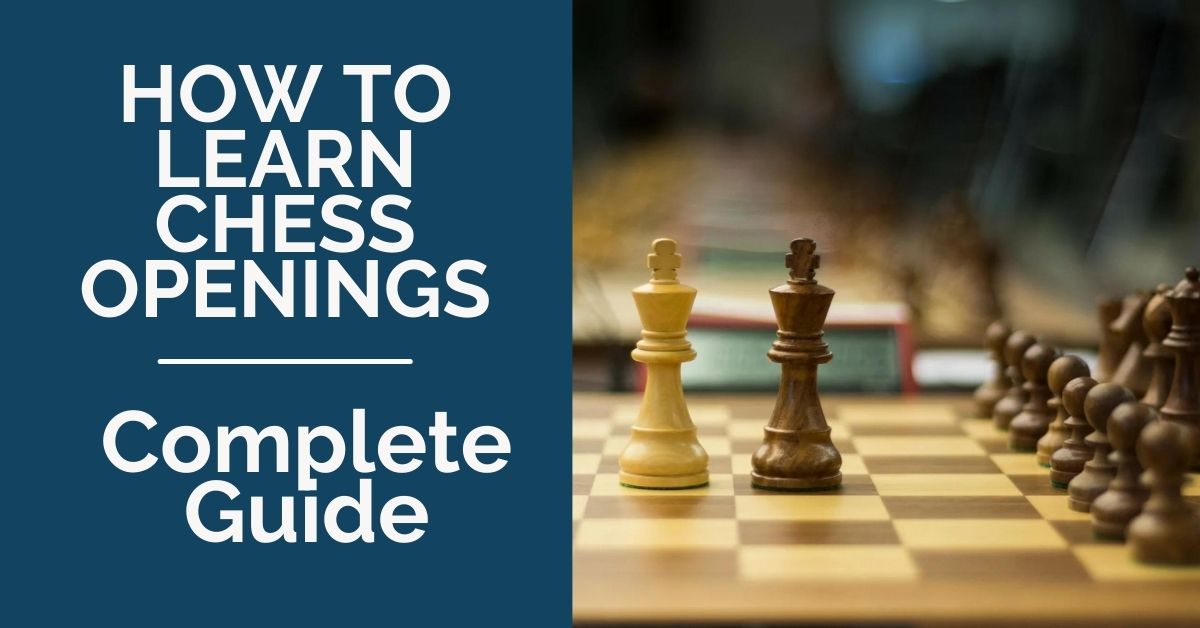 How to learn chess opening? One important step in improving your level as a chess player is having a solid, well-developed opening repertoire that stands the test of time. You shouldn’t have to change your repertoire often, but rather improve and update the lines you already have. A good repertoire will help you get good, playable positions after the opening without having to spend a lot of time thinking about the moves or plans you want to go for. If you have to spend time in the opening, the ideal situation is doing that in order to decide between the different lines and plans (that you already know) of your repertoire.

It is difficult nowadays to get a good middlegame if you don’t know your openings well.

There is no such thing as an easy game anymore, as almost everybody, as amateur as they are, knows openings. It is probably the most studied phase of the game and it’s important that you pass it successfully. In other words, you have to know as much as to get into at least a playable (if not slightly better) middlegame. The way to achieving this is, of course, learning your lines by heart.

If you are completely dedicated to chess, then this is the way to go. But if you are a club player who would like to improve without having to spend an enormous amount of time learning moves by heart, you could try choosing a system based on ideas rather than exact moves.

As you can probably already tell, the first and most important step in the process of learning an opening is choosing the right one for you.

The opening you want to learn has to be suitable for your style.

You also have to assess how much time you can dedicate to learning it.

If your time is limited and you’d like to save some for the other parts of the game, then you should probably go for an opening that is easy to learn and doesn’t require knowing every move by heart. If, however, you are an attacking player who is looking for a sharp, aggressive opening, then you have no other choice than to start learning your lines very well.

Focus on a Few Chess Opening at a Time

One other very important point here is that, if you’re going to start learning an opening, you should invest time in learning one that can serve you for a long time. Many beginners and amateurs start learning different opening traps which can, indeed, yield a few easy points. However, the tricks won’t work forever.

As the level increases, so will your opponents’ opening knowledge.

The problem with learning opening tricks is that they are rarely correct openings. This means that if your opponent doesn’t fall for the trick you will be left with a very bad position for the rest of the game. There is nothing wrong with knowing how to react if your opponent makes a mistake in an opening like the Italian, for example. This is a sane, solid opening that will give you playable middlegame positions.

Another thing to remember at this point is that you should follow your own style of play. Don’t choose a chess opening just because it is popular or because an ‘X’ player uses it. There are players who have very good results with certain openings, but that doesn’t necessarily mean it is the right one for you as well.

Once you have made up your mind about what openings you wish to study and add to your repertoire, it is time to get some work done.

What to do right before Deciding on the Chess Opening?

Before you dive into the opening theory it might be a good idea to take a look at some games and create a collection of model games that will help you understand the ideas of the opening, the structures, themes, and endgames that arise most often.

They can be games that have inspired you to play this opening, from classics to modern.

Who are the Top Players for This Opening?

The ideas you’ve found in old (classical) games can be as useful as the new ones. Then, look for the specialists of your opening.

Who is the best player who uses this opening and who has the best results with it? Look for players who successfully employed your opening and created games worth studying. If your opening is rare or if you have trouble finding whose games you need to follow you should probably ask a more experienced player or a coach.

After you’ve seen and analyzed so many games, your general knowledge about the opening you’re about to play should have increased considerably. It is now time to move on to the most dreaded part by many players, the “learn by heart” part. Create your opening files, check the theory, whether there are novelties in your lines, and complete it with the most important games.

This step is always difficult, but it should be less difficult and the moves should make more sense now that you’ve studied many model games and know the ideas. Most of the moves will seem logical and you will remember them easily rather than having to learn them by heart.

If you plan on buying an opening book [or a DVD], try looking for one that combines enough explanations with lines and is not simply full of illogical engine analysis.

Those are more difficult to remember and make little sense to the human mind.

It is ideal that you store all the lines you have selected in a database – PGN or CBH file that you can check and update by yourself.

Some lines will become obsolete at some point, some might be refuted and better moves might be found in others. All this is easier to add if you have your own opening database to work on.

It is also much easier to store model games and interesting ideas you might come across.

Once you’ve done all this work you should finally be ready to play your new opening.

However, it’s best that you put it to the test before you play it in a tournament. It will help you get a better understanding of the positions you will get and you will learn it faster!

Mistakes will happen and it is best that you make them in training games. So, grab a friend or play some online themed games and try your opening out.

It doesn’t matter how well you’ve learned it beforehand, you will always meet moves or positions where the answer or refutation is not clear. This is part of the learning process and you shouldn’t skip it. Play some games, try different lines and you will be ready to use it as a weapon in your future tournament games.

As you can see, learning an opening is a process that takes time, but if you follow these steps it’s very likely that you will remember it for a long time and won’t need to spend too much time reviewing your lines. One last piece of advice, though: try to keep your files up to date.

Every once in a while, check for new games, see what has been played, and if there are any new ideas worth looking into. And with that, you should have a repertoire that can last a lifetime!

How to Calculate in Chess: Complete Guide at TheChessWorld.com